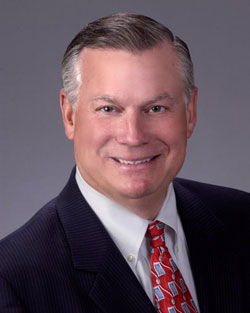 Knauff became a full partner in PCI in August, 2008 and was named President later that year. Since that point in time PCI has experienced significant growth and expanded market presence as has our sister company, SGCB, LLC.

Over the 11 years prior to joining PCI, Karl was VP of Business Development with a privately held firm, RMI, in Atlanta, Georgia. Through his leadership RMI grew seven fold and became the most successful software as a service (SaaS) business in the North American Rail Industry. RMI was acquired in May, 2007, by the Carlyle Group, a multi-billion dollar private equity firm based in Washington, DC.

Prior to joining RMI, Knauff was with IBM for 23 years attaining ever increasing management positions responsible for managing large geographic regions and the technical & sales teams focused on some of IBM’s largest customers, with specific focus on the worldwide rail industry in the latter part of his tenure before retiring in 1997.

As PCI’s president, Karl has provided business direction, focus and structure, as well as significant revenue growth for both PCI and our sister company, SGCB, LLC. His mission is to continue to expand the growth and presence of both companies in South Carolina and Western North Carolina.

Knauff has been married to his wife Terry 44 years and they have three children and six grandchildren.

Knauff is a graduate of Syracuse University with a degree in Business Administration. 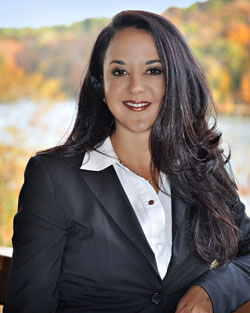 Jacque Griffith is the Director of Sales & Marketing for Sexton Griffith Custom Builders, LLC and Pyramid Construction, Inc. Her primary responsibilities will be sales in their custom communities at The Reserve at Lake Keowee: Village Point, Laurel Pond and High Grove. Additionally, she will bring more focus and attention to all of their other marketing efforts.

Jacque brings a wealth of sales experience to the two companies. In addition to a very successful career in contract office furniture sales, she started and operated her own sales and marketing company in the kitchen and bath industry. IKB Sales & Marketing, Inc. was established in 2004 covering the three states of North Carolina, South Carolina and Georgia. In March of 2013, Jacque sold her business which enabled her to pursue other business opportunities and to spend more time at home with her family.

Jacque and her husband, Barry, live in the Upstate. Together, they enjoy traveling and most outdoor activities.